Seafaring traditions - and memories of smuggling - abound along this rugged coast, which stretches from the River Fal around The Lizard to Prussia Cove. Ask about the King of Prussia, whose kingdom this was!

Bisected by the lovely Helford River (scene of Daphne du Maurier's 'Frenchman's Creek'), this most southerly part of Cornwall supports a multitude of exotic plants - and many wonderful gardens. With, perhaps, semi-tropical Trebah the most splendid of them all.

And here, near The Lizard, from a hilltop at Poldhu, in 1901, Marconi made his first transatlantic wireless transmissions, not far from today's Goonhilly satellite communication earth station. 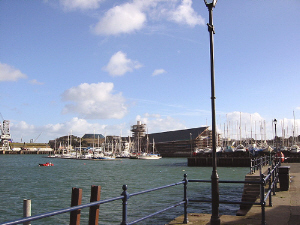 We approach Falmouth from the Truro direction visiting Restronguet Passage, Mylor Harbour and Flushing en route - Flushing being built after the fashion in Flushing, Holland, by Dutch craftsmen imported about 200 years ago for that very purpose, there still being Dutch surnames amongst sturdy local Cornish folk to this day.

We drive through Falmouth, enjoying the many watery vistas, out past the National Maritime Museum - recently completed, very splendid, and well worth a visit - and out and around Pendennis Point and Pendennis Castle.

We follow the coast road through Swanpool and Maenporth heading for Helford Passage, and our first sight of the lovely Helford river. We continue up the east side of the river taking in many secret, tree-lined, leafy creeks - including Port Navas, centre of the renowned Oyster fishery.

Passing through Gweek - good cream teas available here(!) but main attraction the Seal Sanctuary - we carry on down to Manaccan, Helford village and St Keverne. Following the signs for Helston, we soon come to Goonhilly Earth Station, which is well worth a visit. It is one of the world's biggest and busiest satellite stations - honest!

Next stop The Lizard and The Lizard Lighthouse - unmanned now but still important to ships at sea - we are at Cornwall and Britain's most southerly point. The coastal path passes just in front of the lighthouse.

We head now for Mullion, Mullion Cove, and Poldhu Cove, where Marconi sent his famous first radio signals across the Atlantic to Newfoundland(1700 miles - 2600 kilometres) in 1901.

On now to Helston - scene of the Furry Dance on Flora Day (8th May every year) - no way we can drive into town on that day! - passing Culdrose Royal Naval Air Station, aka HMS Seahawk. 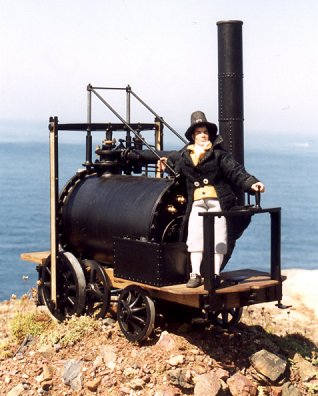 Leaving Helston, we take the road to Camborne/Redruth via Wendron and Fourlanes. We are now entering the main deep tin mining area (but there were several others) which boomed in the early and middle C19. It was the collapse of the world tin price in the second half of the C19 which precipitated mass Cornish emigration to far corners of the world. Visits to old mining areas possible - including the Poldice Valley and the East Pool Mine, which is preserved as a museum by The Trevithick Society.

Cross country now via Chacewater and Bissoe (good names, huh!? - we could go to a place called Goongumpus!) to Trelissick, which is run by the National Trust and site of another beautiful garden - and a very nice tearoom, where - if required! - we could stop for a cup of tea!